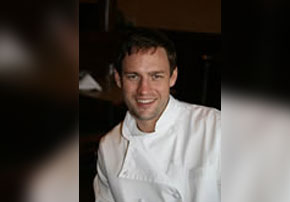 Executive Chef, Ryan Kelly, has crafted authentic Italian cuisine at Garozzo’s Ristorante in Lee’s Summit for eight months. I’ve learned things from (owner) Mike Garozzo, and he’s shown me more than I’ve shown him, Kelly says. He brings in his experiences and techniques and he’s hands-on with the food. But Kelly oversees wine dinners that the restaurants began to offer, in fall 2008.

He also brings a wealth of restaurant experience to the table. Beginning as a dishwasher during his teens, he has worked with chefs at Spago in Beverly Hills; Royal’s in Maui; and Star Canyon in Dallas. In addition, he cooked at Kansas City’s Cafe Rumi on 39th Street and owned Cafe Maison, in Brookside, for two years.

Kelly believes that classic food is the best food because, they’ve been doing it forever. He thinks it’s important to respect the history of food and prefers to make classic simple dishes that taste good, rather than following culinary trends.