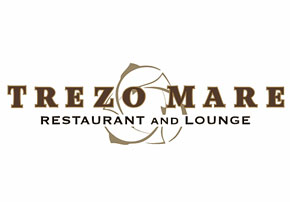 Trezo Mare has been at its location in beautiful Briarcliff Village for 10 years. Chef Robert Padilla has been heading the kitchen for over 7 of those years. Chef Padilla started working with food in high school, where he studied in the culinary program at Platte City High School. During that time, he was told that he needed to work with food, in addition to school. “I was just starting to cook and my teacher said you need to be in a restaurant. For me, I needed to immerse myself in what chefs were doing.” It was then that he landed a job, more of an internship, working with Ted Habiger at Cafe Allegro.

During those high school years, Chef Padilla worked at Lidia’s. By 2001, he was the opening chef at Lidia’s in Pittsburgh, PA. After returning to the KC area in 2003 he was a sous chef at Grand St. Cafe for 2 years. His last culinary stop before coming to Trezo Mare was at Blue Stem as a sous chef. “I wanted an environment of learning, with food truly made from scratch.”

After joining Trezo Mare, Chef Padilla totally revamped the menu and makes seasonal changes 4 times a year. Trezo Mare is described by the Chef as Italian/American cuisine, however, he says, “It’s not a spaghetti and meatball world. We are always coming up with new and creative dishes, but we never forget what works. We have a really strong front of the house staff that helps to sell that idea. They get the guests excited to try something that they might not usually try.”

Chef Padilla gets most of his fresh produce from the farmer’s market that literally, happens right outside their doors in Briarcliff Village. “One week we may get 400 lbs. of tomatoes. That could be cut in half the next week due to the weather… you just never know.” “Does that make it tough to keep your menu consistent?” I asked. “Your food shouldn’t come out stamped or looking the same every time. Food can change, and our dishes often do.”

Chef Padilla has a great deal of passion for fresh homemade food. For example he explained to me that all of their pasta is made fresh in house. They actually have a full time person that just makes pasta 7 days a week. He also makes all of the mozzarella cheese, fresh from curd. All of the beef is Vintage Beef from 100% purebred Holstein cattle, which are humanely treated and never given hormones. “I love getting back to food, as natural as it can be. Our beef has a real nice smoke flavor coming off of our wood-fire grill.”

Chef Padilla loves fine dining but wants guests to know that his food is for everybody. “We are not stuffy or pretentious and you don’t need a suit and tie to dine with us.” Once you’re inside those doors, the food is nothing short of incredible.

This hard working chef is in the process of rolling out a new Fall Menu. Some of the fun and creative entrees that you can indulge in will include, Veal Cheeks and Braised Boar Ragu. “Sitting down with good food and drinks, opens the lines of communication. We have come a long way, but we have a long way to go. We have some lofty goals to meet over the next couple of years.”