Paella [pi-AY-yuh] is one of the most popular and famous of global dishes originating in Spain, to define exactly what paella contains is almost impossible. There are as many variations of paella as there are cooks. The origins of the dish, however, are quite humble. Paella was originally farmers’ and farm laborers’ food, cooked by the workers over a wood fire for the lunchtime meal. It was made with rice, plus whatever was to hand around the rice fields and countryside: tomatoes, onions and snails, with a few beans added for flavor and texture. Rabbit or duck might also have been added, and for special occasions, chicken plus a touch of saffron for an extra special color and flavor. Paella was also traditionally eaten straight from the pan in which it was cooked [ and from which it derives it’s name] with each person using his own wooden spoon.

So as you prepare this dish feel free to get creative and use the freshest and best local ingredients to make it your own special dish! 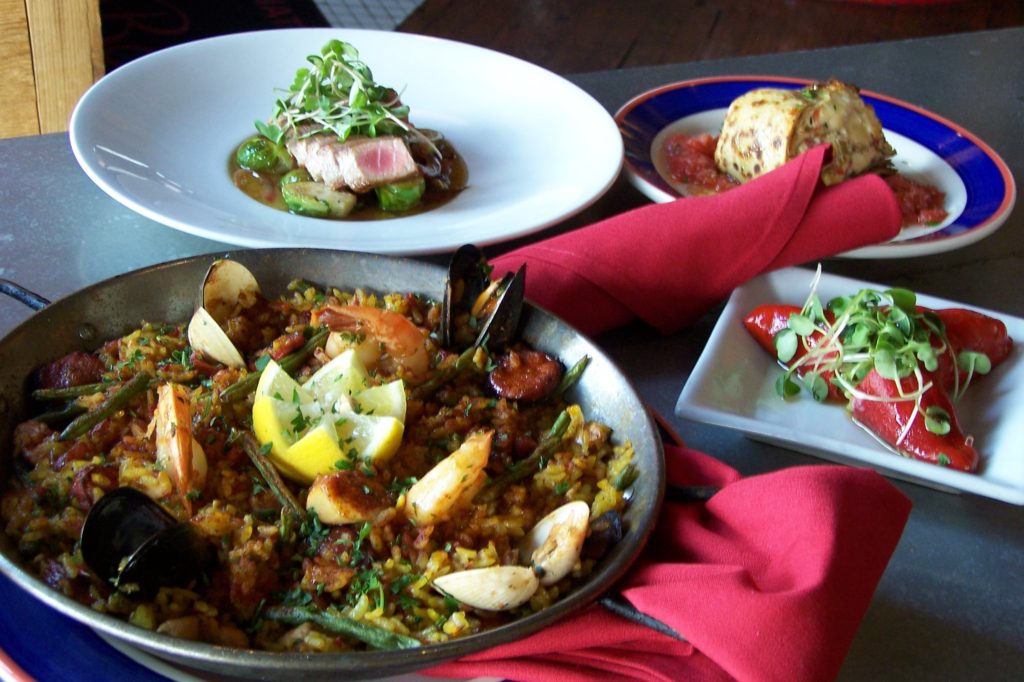 Start by sautéing your onions and peppers in you Paella pan [use a deep, flat, oven safe pan if you don’t have the namesake pan]. After a few minutes add in the garlic and tomatoes. Once this has softened, deglaze with white wine. Next add in the rice followed by the vegetable stock. Now cut the heat down to medium low. After ten minutes add the rest of the vegetables except for the peppers, they are for later. In about ten more minutes the liquid should be absorbed, then garnish with the peppers and bake in the oven at 350 degrees for ten minutes. Remove from the oven, allow to rest for five to ten minutes and squeeze the fresh lemon over the top and enjoy.