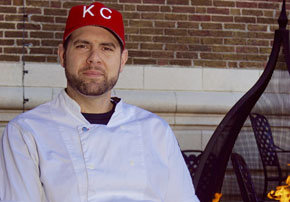 Executive Chef at Chaz on the Plaza 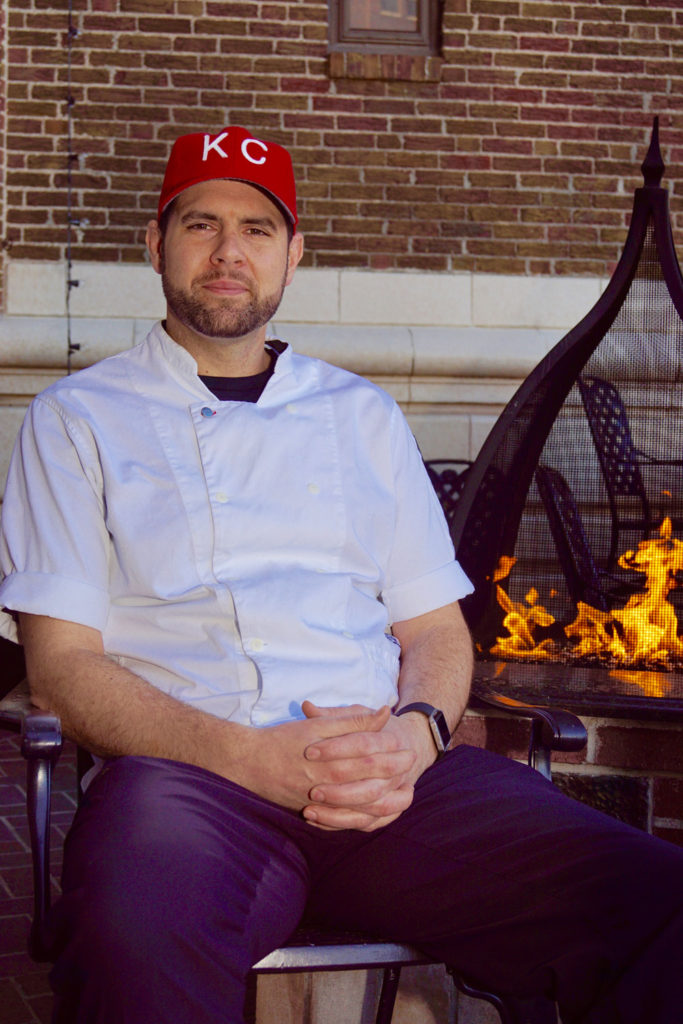 Over the years Chaz on the Plaza, nestled on the ground floor of the Raphael Hotel. has had a succession of great chefs and it’s newest Executive Chef, fits right into that tradition. Along with a breadth and depth of experience and training, Joseph [Joe] Cizek also brings passion and enthusiasm to his craft. He’s been on board at Chaz about 18 months, since Thanksgiving of 2018, and now that he has his feet firmly on the ground, he’ll plan to begin making more than tweaks to what is already highly respected hotel fine dining fare.

Chef Joe learned how to cook as a young teen and he relates the story of how he called his Mom on the phone and asked her to walk him through the process of making scrambled eggs. That launched him on a culinary path. Not content to cook for just himself he started making simple meals and snacks for his school friends whose positive feedback hooked him on the personal satisfaction that comes with making people happy through food. That helped propel him into the hospitality industry and a drive to become ever better at his craft. He quips that of course what could be more motivating for a young man than a career “that let’s you play with fire and knives” every day.

But the craft takes hard work and training and Chef Joe is not afraid of it and his resume is full of solid school and work experience. He has Culinary Arts degrees from Johnson and Wales University in Charleston, SC as well as the University of Nevada [Las Vegas]. Follow that up with stints at some of Chicago’s most prestigious eateries: Bin 36, Cru Wine Bar & Cafe, Shikago, and the Fiddlehead Cafe before he eventually returned to KC, sharing his culinary skills at the Parisi Cafe, PB&J restaurant group and the Kansas City Club. Not only did these experiences challenge his management skills but exposed him to a unique set of flavor profiles from Contemporary Mediterranean, Pan-Asian, and Contemporary American.

Joe says that his most powerful inspiration and influences derived from the tutelage of Kevin Shikami the chef owner of Shikago. “He had a terrific work ethic – out working everyone on staff, and even biking back and forth between the two restaurants he had open at the same time to cover shifts – as well as amazing creativity in food styles.” That sounds inspirational to us and Chef Joe seems to have absorbed that lesson well. He tells us his favorite dishes to prepare include different kinds of duck, from confit legs to seared breast and while he is rooted in classical treatments and prep he truly relishes experimenting with mixing flavors and combinations. One of his current playful combinations is the addition of Duqqa [Dukkuh] spice blend [of Egyptian origin] to the preparation of a very traditional Seared Scallop entree. It’s amazing!

Like all chefs, Joe is a busy, busy man so one wonders how he finds time for outside pursuits. Yet he does; devoting time to his family [2 young children], brewing beers and cider at home, and bike riding. He also loves checking out the newest food venues opening up around KC and hopes to get to Black Dirt as well as Michael Corvino’s Supper Club very soon.

So what did he want you to know about Chaz? It’s a long list, since they are hard upon a big seasonal menu change in April as well as a new Lounge Menu. And of course they have a pretty nifty private event space for #40, live music every night and their patio space [weather permitting] will surely be open by early May [probably before]. But he mostly wants folks to understand that “Chaz may be part of a very classy boutique hotel setting; but it’s not just for special occasions – birthdays and anniversaries. We have a very accessible yet unique menu and you should come on in and try it out.” He doesn’t think anyone will be disappointed with the incredible quality of the Chaz dining experience. Take him up on that challenge soon!

Get all the details about hours, menu, parking & reservations at www.raphaelkc.com/chazontheplaza.