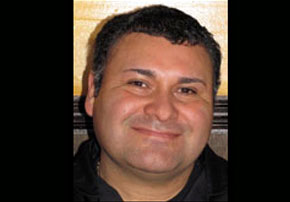 In 1998, Juan Becerra began his first restaurant job in the Kansas City area, working as a prep cook for Kabuki in Crown Center. Today, he is the executive chef at Harry’s Country Club in the River Market. Becerra came to Harry’s Country Club in November 2010 after spending five years at Cafe Barcelona, and roughly four years as sous chef at Shiraz.

Becerra is eagerly putting his stamp on the restaurant’s offerings, from his homemade enchiladas to the Harry’s classic Friday fish and chips. “We aim to make the best food, using the best ingredients we can get,” he says. Becerra is very hands-on in the kitchen, encouraging the cooks to take creative and substantive control of the dishes that they prepare. Producing quality food for the guests at Harry’s is Becerra’s number one priority. With a new menu rollout in the spring, everyone at Harry’s Country Club is excited to see how his years of experience and his focus on tasty, quality dishes come to life.