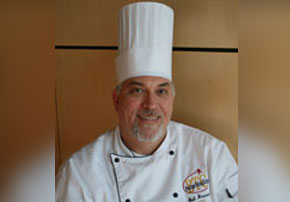 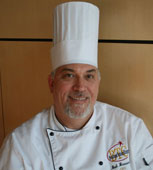 Chef Bob Brassard grew up in a farm community where his grandmother offered homestyle cooking, canning and pickling. He attended Johnson & Wales University and cooked professionally in Cape Cod and Florida for 10 years. Brassard joined Culinary Concepts at Crown Center in 1989, worked with the American Restaurant and helped open Milano’s. He worked at Café Allegro, Skies Restaurant and Bartle Hall and received a food and beverage degree from Johnson County Community College. In 2001, Brassard joined Broadmoor Technical Center’s culinary arts program (in the Shawnee Mission School District). Affiliated with the James Beard Foundation, the program has been recognized nationally, for nine years, for educational excellence. It features the student-run Broadmoor Bistro, which has served dinners to the public since 2000; the full-service restaurant opened in 2009.

“Our menus are based on student recipes,” Brassard says. “I try to educate them about the importance of using the freshest, sustainable foods. With the expansion of the program, Broadmoor Bistro offers the dining public an opportunity to experience education at its best. Education never tasted so good.”