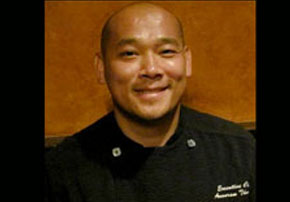 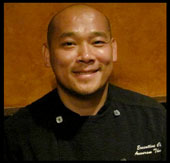 “My mom was a great cook and I started watching her,” Thomson says. “I was cooking for myself by seven or eight years old. I could probably live off of Pho (Vietnamese noodle soup) and green papaya salad.” Thomson likes to use very fresh products and he minimizes butter sauces. “I don’t like to feel as if I can’t move after a meal. I’m working to be consistent in the [restaurant] kitchen and making a great quality of food.”