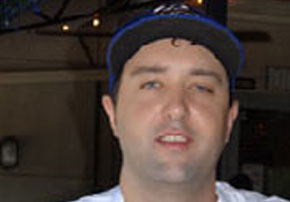 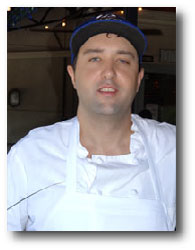 Executive Chef Adam Yoder joined Cafe Trio’s Culinary Team in June of 2008 at their previous Broadway location after a brief stint at Carlo’s Copa Room just up the street. What most folks don’t know about Chef Adam is that art was his first love, not cooking. He was studying print making at the Kansas City Art Institute when he discovered his passion for cooking, particularly the necessity of constantly refining skills [he sees cooking not so much art as craft]. In the Trio kitchen he also re-discovered an appreciation for high quality, locally sourced produce and meats which also had it roots in his childhood experiences on his grandparents farms where canning & preserving the harvest for extended use and also butchering livestock was part of daily life. In 2013 when Adam took charge of Trio’s kitchen as Executive Chef and began to put his own stamp on menu creation and kitchen organization, all these influences came together.

Essentially self-taught Chef Adam lives what he believes that great food “reflects the local area and is made with care and attention to detail.” He is constantly amazed by the depth and variety of local products that are available and delights in using fresh wild herbs and greens, some of which are not always quickly recognized [like purple tomatillos, ground cherries, persimmons, baby eggplants or unique varieties of mushrooms]. If it is in season, you are likely to find it in the Trio larder and incorporated into his carefully crafted chef’s specials and presented with some artistic flair. He is quick to point out that plating a dish with artistry that adds visual appeal is essential but he also adds that “in the end it is not about the art, but the food.” His not-so-guilty food pleasure is tacos and a growing list of local taco purveyors. His favorite TV watching experiences is the acclaimed PBS series: “The Mind of a Chef.” Asked about celebrity chefs that inspire him, he named a trio he says he admires: David Chang, a Korean-American chef and entrepreneur founder of the Momofuku restaurant group; Paul Virant who is known for inventive canning and preserve techniques in a restaurant setting; and Sean Brock, a Southern region inspired chef-owner of “Husk” who emphasizes low & slow cooking processes and preserving and cultivating local styles and flavors. All are regional and national award winners and few would be surprised if Chef Adam is among them one day, except maybe Adam himself, who thinks cooking well is it’s own reward.